27-32 Mary Street- now and then, a Jewellery Quarter history

Walk into the Jewellery Quarter and you’re almost spoiled for choice with the number of beautiful old buildings to admire. If you take a stroll to Mary Street, you’ll spot a house and ‘shopping’ development that’s a little different from the rest, because this building is the earliest identified of its kind in the Jewellery Quarter. Before you read any further, we don’t mean the word shopping in the traditional sense of going to the shops to buy a loaf of bread. In the nineteenth century, the term shopping had a very different meaning which we’ll come onto later. 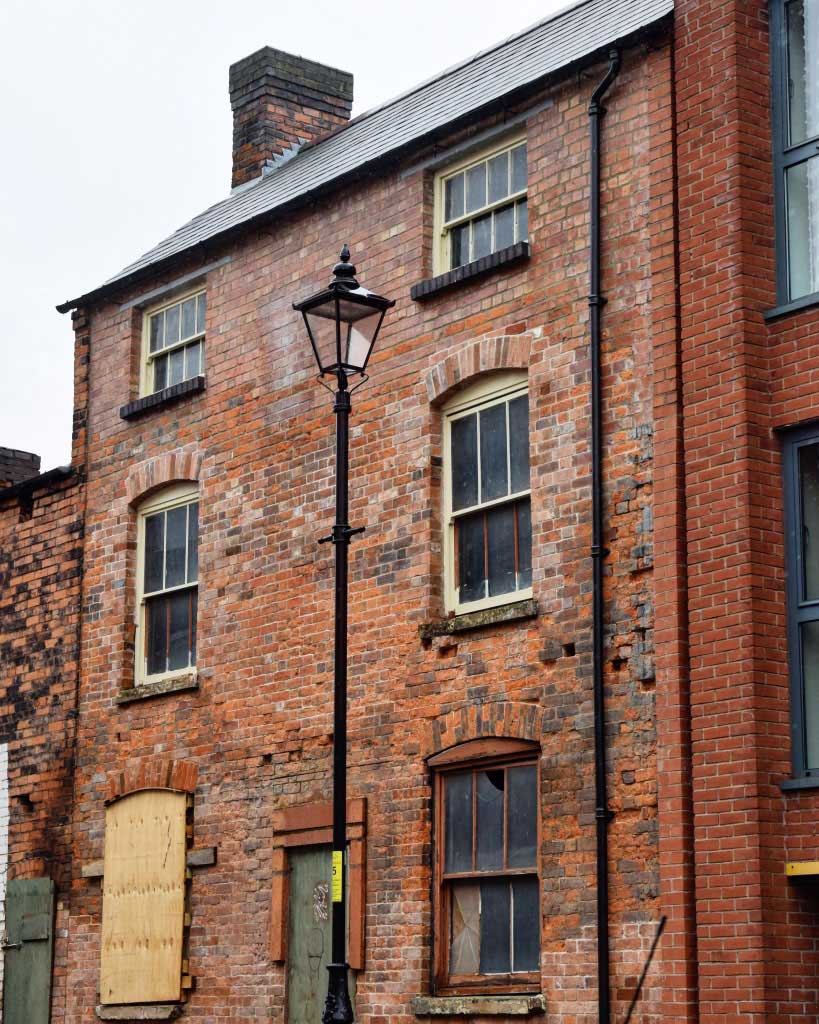 The house and workshops were built in three different phases by James Kimberley, a well-known speculative builder and property owner in Birmingham during the nineteenth century. The three-storey house dates back to 1818, and James most likely lived in the house and rented the workshop spaces in the two-storey adjacent workshop out to local artisans and craftsmen. This pattern of use was very common in Birmingham and the Jewellery Quarter. The workshop extension was built slightly later in 1823, and one of the first tenants was a man called George Wyon, who was a die-sinker, modeller and chaser. The Wyons were a well-known manufacturing family in Birmingham, specialising in medals and engraving, as the below article illustrates. 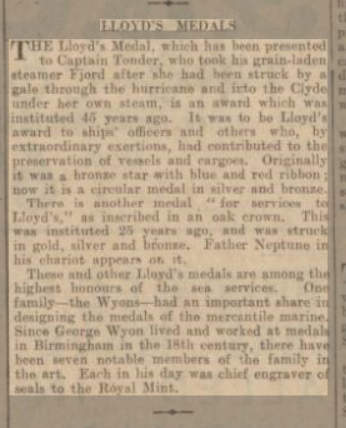 There are some exciting plans to turn both the house and workshops into separate residential properties. PMP are working alongside BPN Architects to convert the workshops to the left of the house into a residential dwelling, retaining the historical integrity of the building, while bringing it up to modern standards. 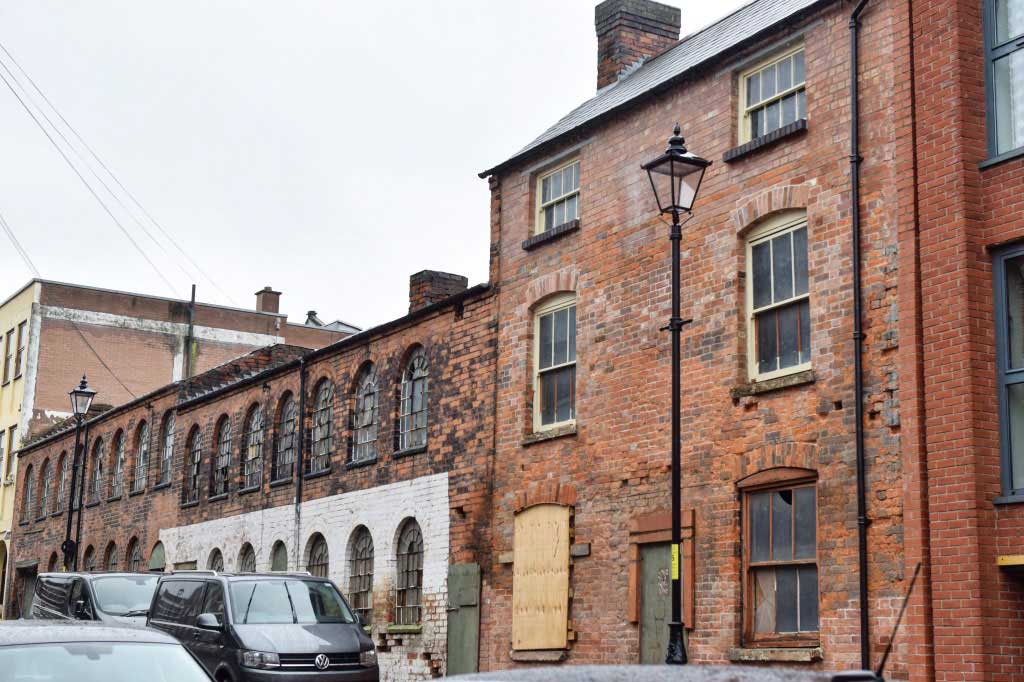 The three-storey building is a great example of a traditional Jewellery Quarter house, and the workshop an excellent example of the process called shopping. If this term isn’t familiar to you, that’s because it’s actually a word synonymous with nineteenth-century Birmingham, and the Jewellery Quarter in particular, but more generally associated with manufacturing buildings. The way the Jewellery Quarter developed was a direct response to land shortage, and as the area became more desirable, buildings were literally ‘squeezed’ into tiny plots of land such as gardens and courtyards, places that weren’t necessarily suitable to build on, but provided an ideal opportunity to make money and profit. This is where the term ‘shopping’ originates. 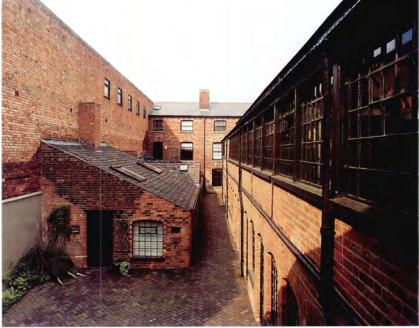 Shopping – a workshop built in a rear courtyard of a manufacturing property in the Jewellery Quarter.

When a workshop was built in a courtyard or garden, it was known locally as shopping with the shop referring to workshop. Many houses were converted in the Jewellery Quarter, mostly because they were inhabited by small jewellery and metal-working companies. If you walk around the Jewellery Quarter today, it is really easy to see examples of shopping – one of the best examples is at Museum of the Jewellery Quarter (MJQ) on Vyse Street. Part of the Smith and Pepper factory is built in what was originally an external courtyard, belonging to the terraced properties. 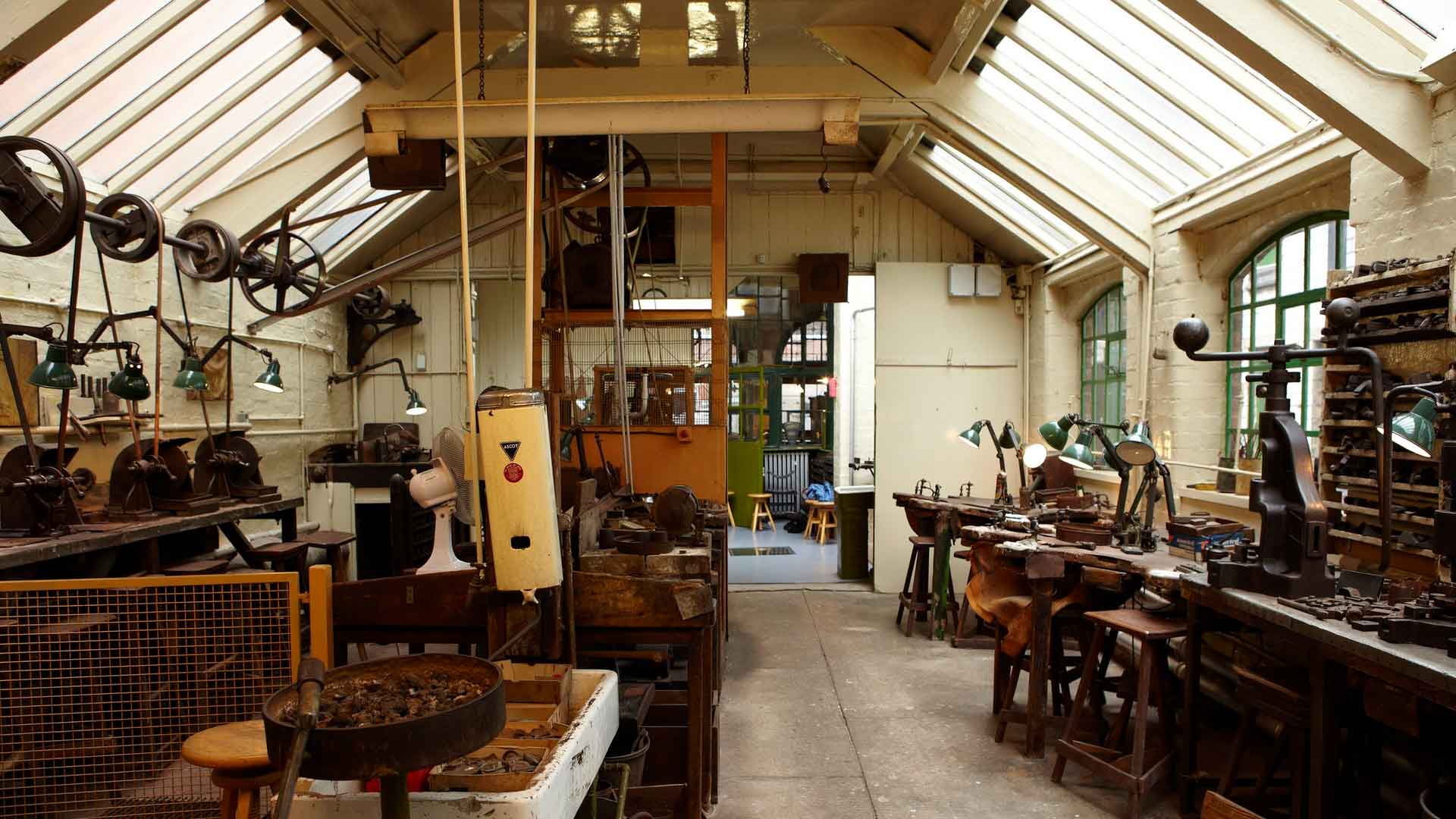 But what’s different about the Mary Street building is that most shopping extensions or workshops were usually situated at the rear of the street-frontage buildings, as with MJQ. Mary Street however, demonstrates how home life and work were closely connected.

The Jewellery Quarter still retains a lot of its nineteenth-century character, but the fascinating thing about this area, even today, is that traditional trades are still practised as they were 200 years ago, often from antiquated properties which still use nineteenth-century machinery. Mary Street has a fascinating and colourful history, and we can’t wait to see new life breathed back into these beautiful buildings.