The Argent Centre was the first building to undergo repairs as part of the JQTH scheme and work is almost complete. The building, which dates from 1863, has undergone general repair works with a principal focus on the roof and brickwork; this was necessary as there was evidence of failing brickwork and stonework in parts of the building. Perhaps, the most exciting works include reinstating the pyramidal corner turrets, which were removed at some point during the building’s history. The new turrets have been based on the original design and include decorative finials. The works have been carried out by specialist contractors, Midland Conservation Ltd, and overseen by conservation architects, Oliver Architecture.

We took a few photos of the project last week. Take a look below. 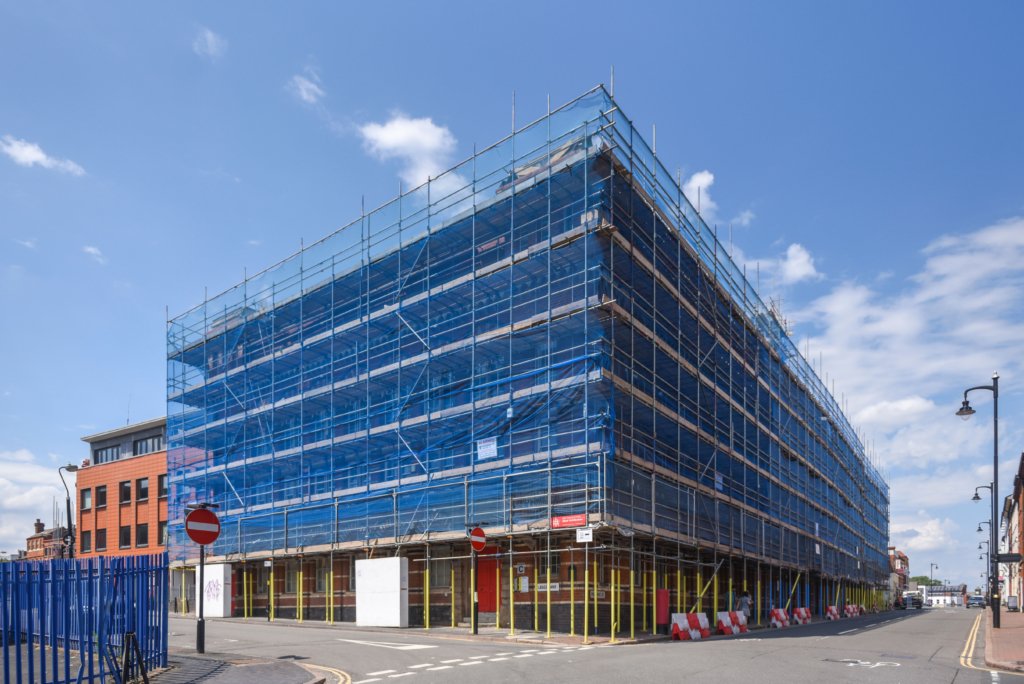 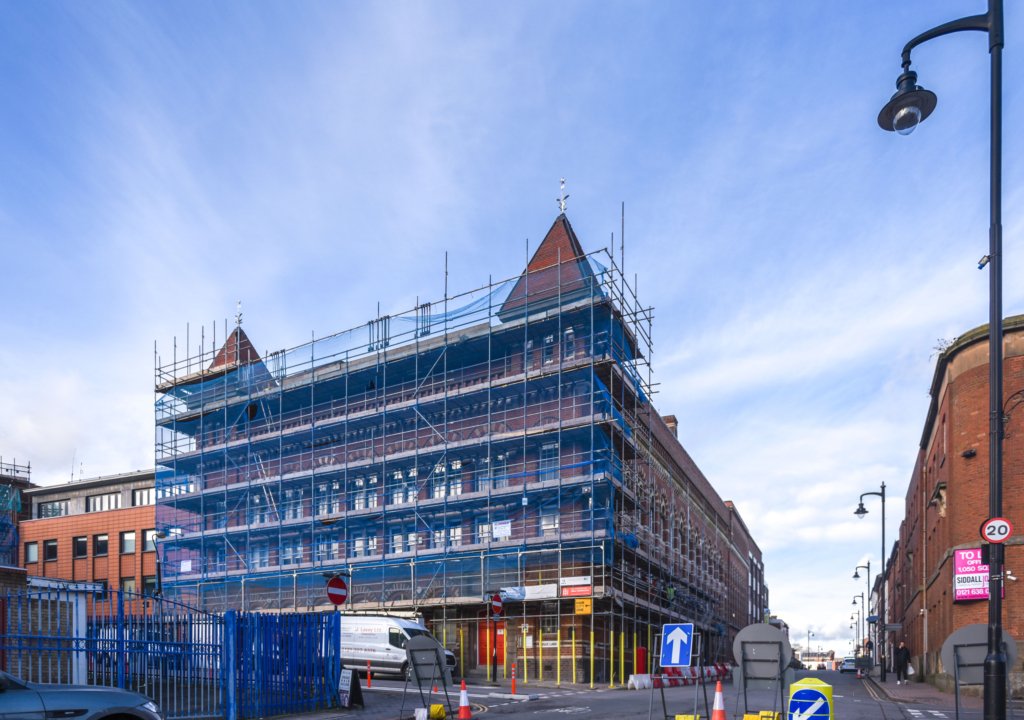 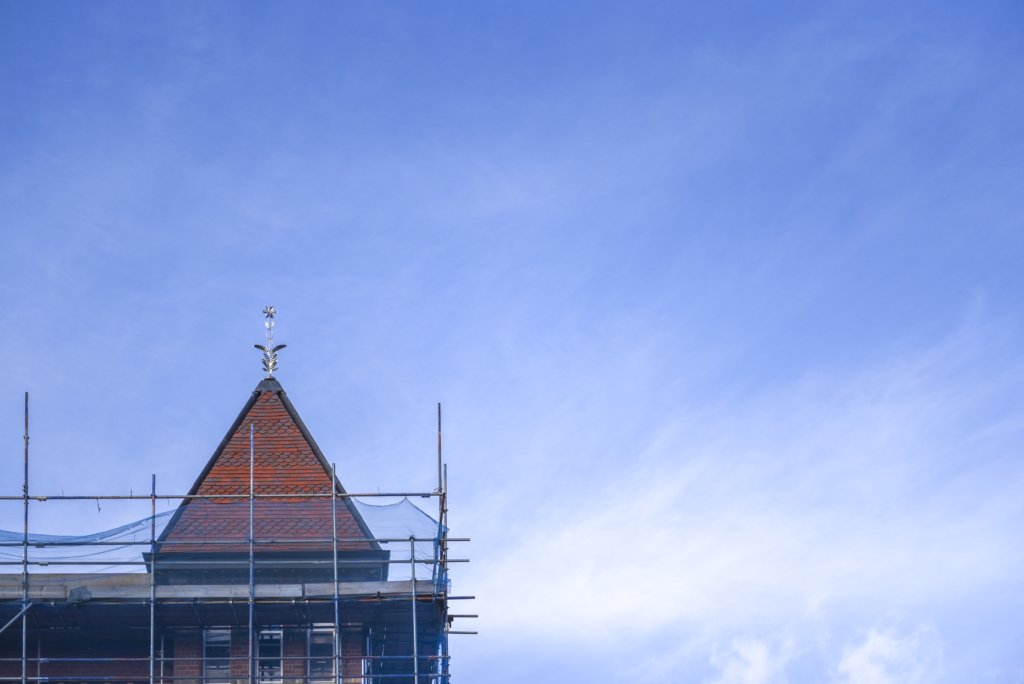 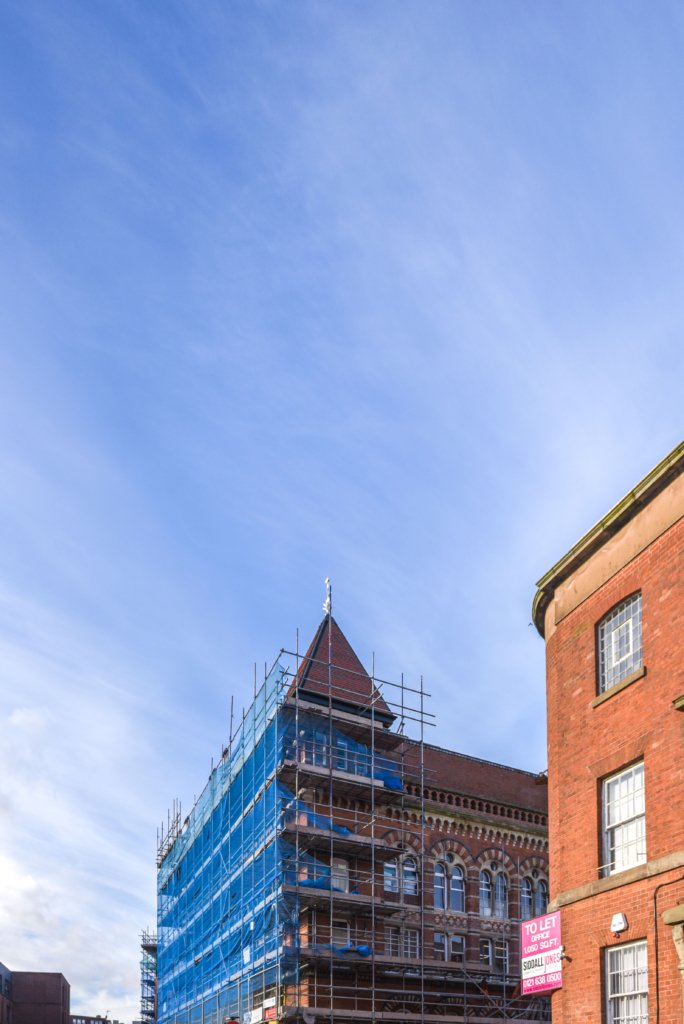 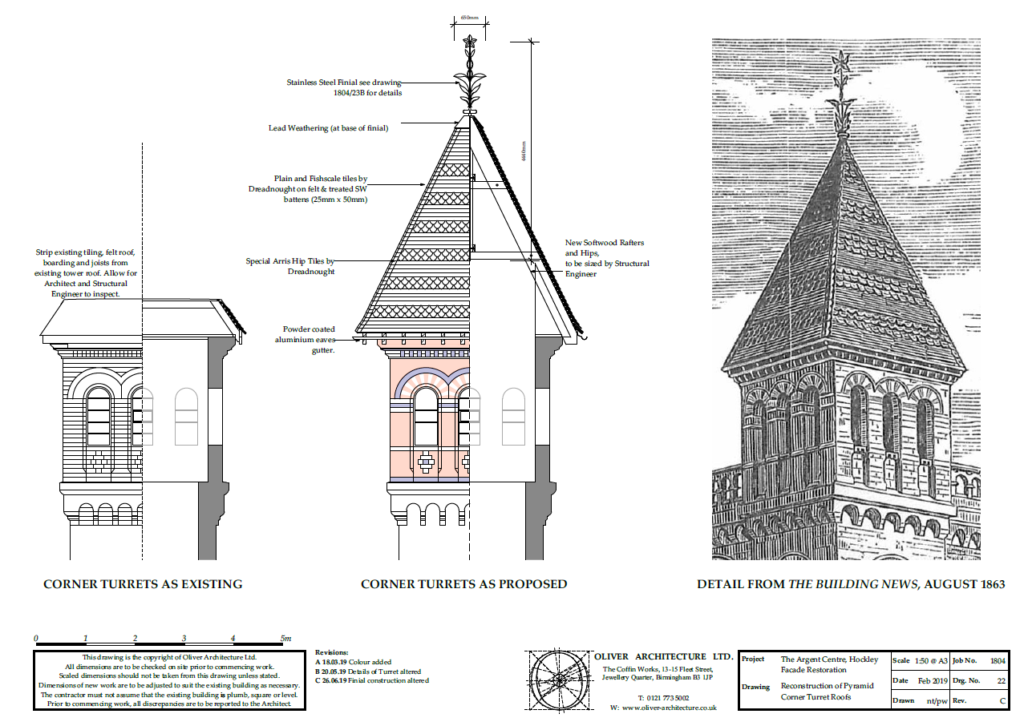